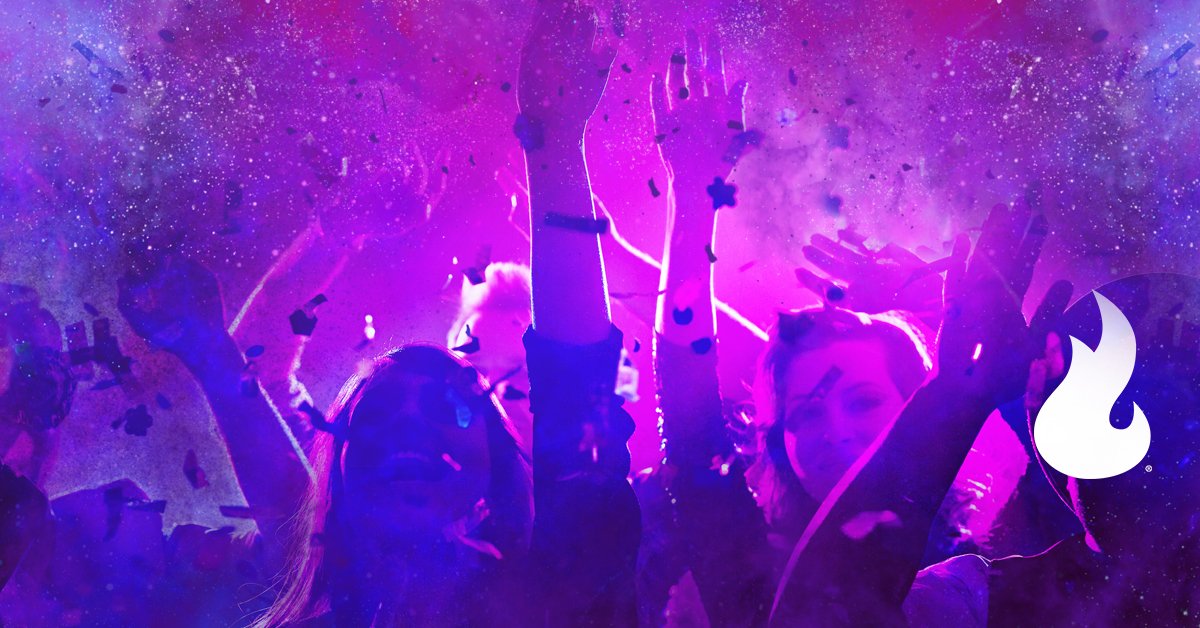 Itâ€™s common knowledge that Milwaukeeans know how to party, especially during the holiday season. Whether itâ€™s to escape cabin fever or to sweat off the stress of family gatherings, New Yearâ€™s Eve is always a perfect excuse to dust off the dancing shoes. In a city full of festivities, how does an eager partygoer make the choice of where to ring in the new year? Weâ€™ve put together a checklist to help make the decision a bit easierâ€¦

New Yearâ€™s Eve is a night to celebrate a new year and bust out some new dance moves. Youâ€™ve found the perfect outfit, and now youâ€™re ready to show it off. Plenty of bars and clubs have music and lights, but how many others can boast a 2,500 square-foot dance floor, LED projection screens and multiple DJs spinning the hottest beats until 3 a.m.? Potawatomi Hotel & Casinoâ€™s New Yearâ€™s Eve Party is the perfect place to satisfy that Footloose feeling!

Whether itâ€™s a champagne toast or a round of shots with your best friends, New Yearâ€™s Eve is the perfect night to raise a glass. Milwaukee is known for its bar scene, but many of your favorite watering holes may be a bit too cramped on a night like this. Who wants to wait in a line to get inside during the middle of a Wisconsin winter? Potawatomiâ€™s New Yearâ€™s Eve Party will feature a massive super bar with all your favorite beverages, plus a complimentary champagne toast at midnight â€“ and you wonâ€™t be left waiting in the cold.

That new yearâ€™s resolution might be a little easier to achieve with some extra cash in your pocket! If youâ€™re feeling lucky and want a chance to hit it big, youâ€™re just a short walk away from our nearly 3,000 slot or video poker machines, countless table games, off-track betting and more. Who knows, 2017 just might be your lucky year!

A long night of drinking and dancing often ends in a quest for some greasy pizza. Why settle? At Potawatomi Hotel & Casino, youâ€™ve got nearly endless choices of late-night cuisine. Most of the on-site restaurants are open late on New Yearâ€™s Eve, and some are open all night long! Whether youâ€™re craving pizza, burgers, or sesame chicken, Potawatomiâ€™s got your late-night cravings covered.

5. You donâ€™t want to worry about your commute.

If youâ€™re worried about the commute on New Yearâ€™s Eve, we donâ€™t blame you. Parking downtown can be a hassle for many reasons â€“ itâ€™s crowded, expensive, and you might be shoveling your car out of a pile of snow at the end of the night! Getting to the casino is a breeze, and parking is never an issue.

A favorite amenity among Potawatomi guests is the expansive parking structure. It can accommodate thousands of vehicles, all but the top floor are covered, and itâ€™s monitored 24 hours a day by camera and on-site security personnel. Best of all? Itâ€™s free!

Weâ€™re also excited to offer free, convenient casino shuttle stops at many downtown hotels, as well as the Amtrak station. If youâ€™re coming from farther away, you can board a Badger Bus line run to the Casino. When youâ€™re ready to call it a night, you can hop on a shuttle back to your hotel or grab one of the many cabs waiting for you just outside.

Celebrate New Yearâ€™s Eve with us at Potawatomi Hotel & Casino. Details and tickets can be found at www.mkenyeve.com. Â

<>Tags
Things to Do in Milwaukee events New Year's Eve Potawatomi Hotel & Casino nightlife
Make a sure bet—know your limit. Must be at least 21 years old to view this website in its entirety.
Terms & Conditions | Privacy Policy | Cookies | © 2023 Forest County Potawatomi Community, Wisconsin