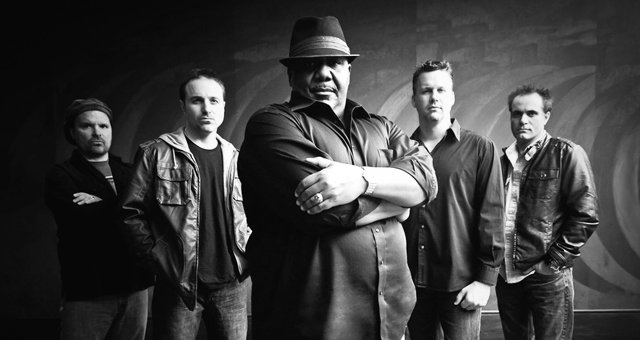 Proclaimed “a staple of the Midwest’s band scene” and “a festival favorite” by the Milwaukee Journal-Sentinel, Altered Five’s delectable brew of blues and soul has a wide audience taking notice. The group is set to release its sophomore album, a 10-song set featuring seven originals, in summer, 2012. According to the Minneapolis Star Tribune, frontman Jeff Taylor’s voice is “gloriously gritty.” The Shepherd Express simply states he sounds like “a voice from Stax/Volt 45s.”

From day one, Altered Five dared to be different. The quintet formed in 2002 and quickly gained a reputation for its inventive arrangements and distinctive sound. Isthmus magazine called the band “a rising blues unit” and OnMilwaukee.com declared, “The group delivers the element of surprise.”

Within a few years, Altered Five caught the ear of Cold Wind Records and, in 2008, signed a recording contract with the Minneapolis blues label. The debut album featured the band’s penchant for putting an earthy spin on numbers; the aptly titled Bluesified included roadhouse versions of songs by the Rolling Stones, Prince, Sting, and six others. The group performed live on three television morning shows and honed its sound playing regular club, festival, and concert dates.

Altered Five soon turned its attention to being more than just a cure for the common cover band. After nearly a decade of molding the music of others into their own image, the group began to apply its sound to original songs and other lesser known blues and soul tunes.