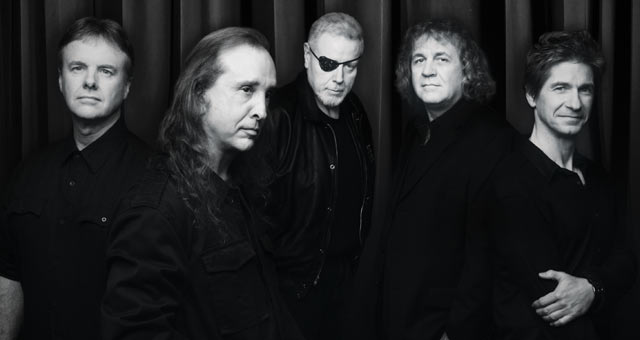 An Evening with KANSAS

KANSAS' first public statement appeared on their self-titled album in 1974, "From the beginning, we considered ourselves and our music different and we hope we will always remain so." Little did this legendary rock group realize that back in the early ‘70's, what "seemed to be different," was actually ahead of its time.

From the beginning, KANSAS achieved success by playing only their original music. This "garage band" from Topeka was discovered by Wally Gold, who worked for Don Kirshner, and released their first album in 1974.

The band has produced eight gold albums, three sextuple-Platinum albums (Leftoverture, Point of Know Return, Best of), one platinum live album (Two for the Show) and a million-selling gold single, ‘Dust in the Wind.’ KANSAS appeared on the Billboard charts for over 200 weeks throughout the ‘70's and ‘80's and played to sold-out arenas and stadiums throughout North America, Europe and Japan.