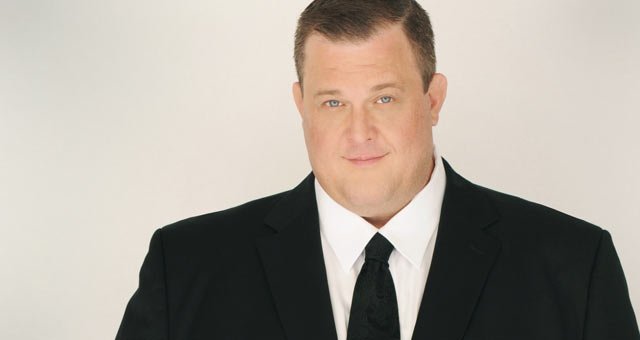 Stand up comedy is a tough grind. Comedians cut their teeth on new material nightly, sometimes with little to no reward. From mic to mic and club to club, comedians are some of the hardest-working entertainers out there. And while some comedians never make it out of the club, others get to host their own specials or are given their own prime time show all together. That is the case of Billy Gardell.

Gardell’s comedy took him to Los Angeles where his dedication to acting, along with touring as a stand-up comedian, allowed him to grow consistently in both arenas. His stand-up show is a powerhouse. His grounded, down-to-earth point of view strikes a strong chord with American audiences. Stories about his rough childhood, wild adolescence and new family life are executed with the skill?of a master craftsman.

It helps that Gardell has some brand recognition nowadays. Gone are the days of his star still rising to shine; it’s currently shining brightly alongside Emmy®-winner, Melissa McCarthy. Together, the two make up “Mike & Molly,” watched by roughly 13 million viewers weekly. Despite the credits Gardell has amassed to date, he’ll now be best known for a weekly sitcom that is as funny as it is sweet.