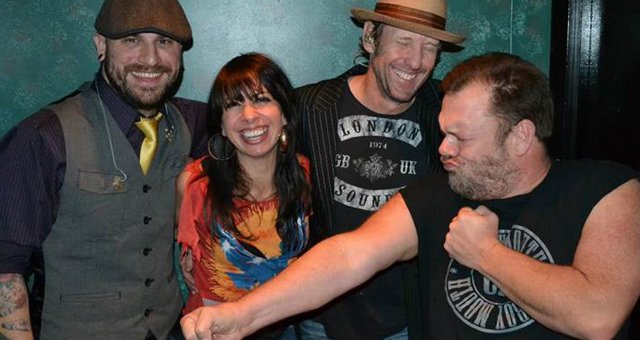 Cowboy Mouth is New Orleans rock ‘n’ roll. For more than 15 years, the members of Cowboy Mouth have preached and shouted at the top of their lungs the joys of being alive and being in and from New Orleans, Louisiana. As front man, Fred Leblanc once said, “If The Neville Brothers and The Clash had a baby, it would be Cowboy Mouth.” The band has released eleven records and has enjoyed sales of almost half a million, but album sales pale in comparison to the number of tickets the band sells to their live shows.

Annually, they present roughly 200 legendary shows, witnessed by more than eight million fans to date. Always on the road, they’ve toured several times with their friends in Hootie and the Blowfish, Bare Naked Ladies, Sister Hazel and Better Than Ezra.  With over 2,000 concerts under their belt and many years of reviews lauding their live shows, there is still one quote which best captures their energy:

“…on a bad night they’ll tear the roof off the joint and on a good night, they’ll save your soul.” – Cake Magazine