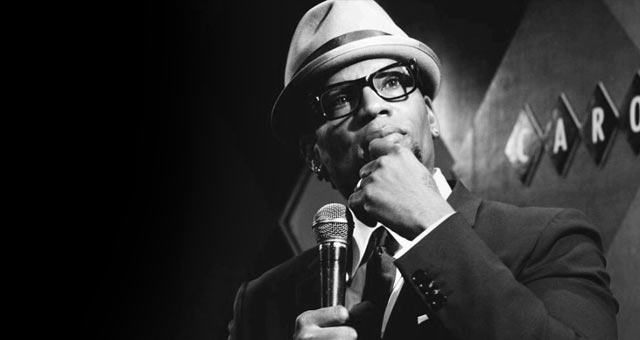 One of the most popular and highly-recognized standup comedians on the road today has also made quite an impression in the television, film and radio arenas. Known for being astute and politically savvy in true comedian style, D.L. Hughley served as host of his own late night talk show on CNN “D.L. Hughley Breaks the News.” Proving he could, indeed break news, D.L. was able to uncover startling, news-making comments from such guests as former White House press secretaries Scott McClellan and Ari Fleischer, as well as RNC chair Michael Steele.

D.L.’s first love, always has been been, and always will be, standup comedy.  “From the minute I first walked onstage and picked up a microphone,” he says, “I knew that it was what I was meant to do.”