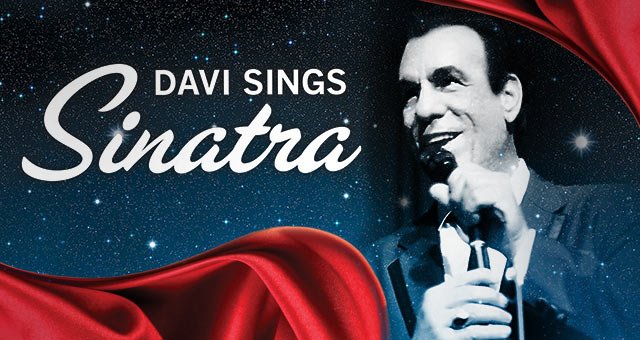 Robert Davi, one of the most recognizable entertainers in the world, was singing long before Frank Sinatra hand-picked him to play Mickey Sinardos in the 1977 NBC television drama "Contract on Cherry Street." As a teenager, Davi already had an insatiable desire to not just distinguish himself as a singer, but to follow his idol's lead and become a singer who really could act. Davi studied opera as a young man, and always intended to make singing his career. As fate would have it, however, his screen career took flight and there was no looking back.

An iconic screen presence, Davi worked with the biggest names in Hollywood, from Marlon Brando, Clint Eastwood, Catherine Zeta-Jones, Josh Brolin, Bruce Willis and James Franco, appeared in such iconic pop cultural movies as "Die Hard," "Showgirls," "The Goonies," and considered one of the top three Bond villains, Franz Sanchez, of all time in "License to Kill". His television credits are just as vast, starting with the hit NBC television series "Profiler" and continuing with "Stargate: Atlantis" and most recently "Criminal Minds". Now after 100 movies with remarkable diversity, hit television credits and his award winning directorial film debut ("The Dukes"), Davi is returning to his first love.

While Davi may portray characters in drama, comedy and action that define "the tough guy persona," it's nothing more than an artist working his craft. The real Robert Davi is the man we hear on this album: a sensitive romantic; a gentle soul who brings a masculine edge to these songs; a great mixture of sensitivity and toughness.