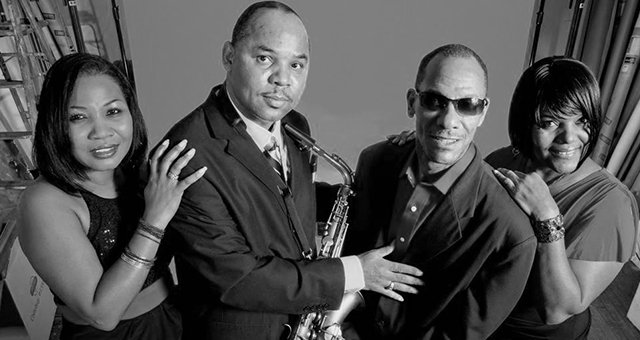 In 1967, The Esquires performed the hit song "Get On Up," which reached number three on Billboard's R&B charts and 11 as a pop single, achieving gold record status.

Today, their musical children, Alexis, Linda, John and Alvis, survive The Esquires, lending something from their fathers’ recognizable name along with their own initials, as Esquires ALJA.

Esquires ALJA formed in 2011 singing their fathers' songs from back in the day. In addition to their own unique style and songs, Esquires ALJA incorporates the harmonies that made The Esquires famous. Performing songs by some of their favorite funk and jazz artists, Esquires ALJA has performed at venues throughout the Midwest. The group’s must-see show will leave you with a feeling of musical nostalgia.