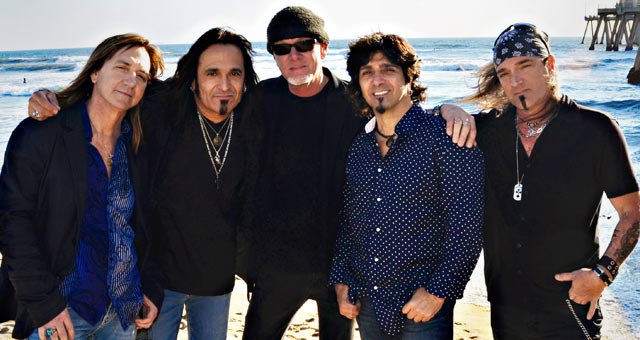 Hard rock mainstays, Great White, have been churning out thick guitar rock since the early 80s. Regulars during the Sunset Strip party days of the genre, Los Angeles would prove the perfect breeding ground for such melodic and harmonic rockers, Great White.

Influenced by AC/DC and Led Zeppelin, Great White was just the kind of party Hollywood was awaiting. A more sensible glam or hair metal band, Great White possessed great songwriting, amazing instrumentation and a hustle. Historically known for moving over 20,000 units of their independently released records, Great White grew a fan base through tireless clubbing and radio play.

Now, elder statesmen in the brotherhood of rock, Great White have carved a place in music—over six million records sold worldwide, a Grammy® nomination and millions of adoring fans. Don’t miss this rare, acoustic set by one of the best bands to flourish from the 80s.