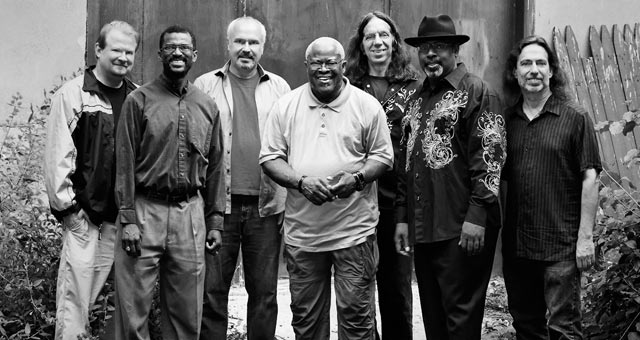 Born in Mississippi in 1944, Jaimoe came up, as did so many Southern musicians at the time, playing the soulmusic circuit. One of his first big breaks—and one of his most treasured recollections—was touring behind the legendary R&B trailblazer Otis Redding. “I learned so much from Otis,” Jaimoe says now.

In 1969, a few years after his experiences with Redding, Jaimoe found himself in Macon, Georgia, where he was introduced to a young hotshot guitarist named Duane Allman by record execs Phil Walden and Jerry Wexler. “I guess they figured that a long-haired hippie and a strange-ass drummer would be good together,” Jaimoe says. Along with Duane’s younger brother Gregg on keyboards, second guitarist Dickey Betts, and an exceptional rhythm section that included bassist Berry Oakley and Jaimoe’s 40-plus-year drum partner Butch Trucks, the Allman Brothers Band was soon on its way to immortality.

The Allmans’ place in rock history is set in stone—in fact they will receive a special merit award from the Grammys this winter—but at the moment Jaimoe’s excitement is directed toward the Jasssz Band. “We’re not gonna guide it this way or that way,” he says. “We’re gonna let it go and we’re gonna tag along for the ride. It’s improvised music and it’s American music. That’s why it’s Jaimoe’s Jasssz Band, because improvised American music is jazz.”