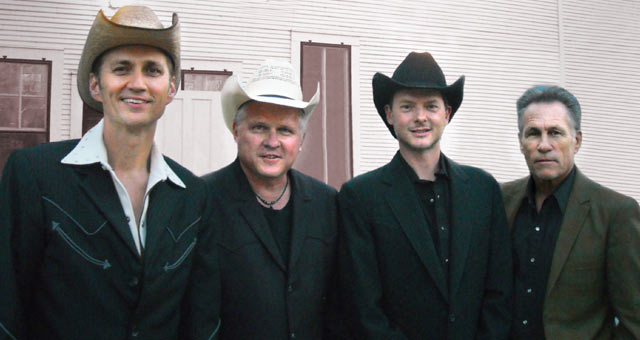 Native Los Angeleno James Intveld started his career at an early age listening and singing along to his parents' recordings of Hank Williams, Dean Martin and Elvis. By high school he was playing in cover bands and was soon a regular sit-in with the house band at the legendary Palomino Club. During the cow punk movement of the '80s, Intveld worked the same clubs as Dwight Yoakam and Rosie Flores, playing his own brand of rockabilly.

As a multi-instrumentalist singer, songwriter and sideman, James' name seems to crop up everywhere. He's in high demand for his skills as a player, as adept at the slap bass, slide, steel, and drums as on guitar.  He's played with Dwight Yoakam and John Fogerty and is continuously cast in movies, TV and videos. James was the singing voice of Johnny Depp's character in the John Waters film “Cry Baby.”  Other credits include Sean Penn's directorial debut, "Indian Runner," "Thing Called Love," (with River Phoenix) Billy Crystal's HBO production of "#61," and his role starring beside Billy Bob Thornton in the motion picture, "Chrystal."