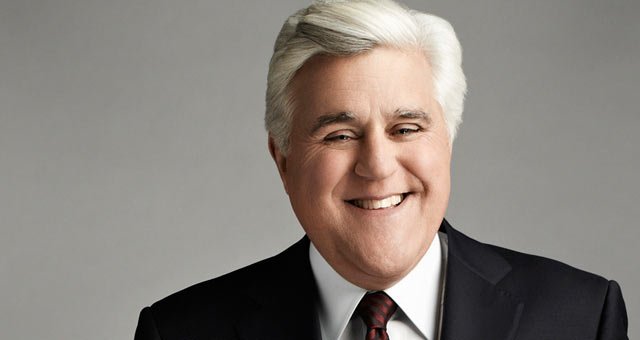 Jay Leno—named “America's Favorite TV Personality” in the 2009 Harris Poll—has been America’s late night leader for almost two decades before moving from late night to primetime in September 2009 and then returning to host “The Tonight Show With Jay Leno” in March 2010. His brief stint on "The Jay Leno Show" became the first-ever entertainment program to be stripped across primetime on broadcast network television. Starting March 2010, Jay Leno was back hosting the “The Tonight Show With Jay Leno” airing weekdays at 11:35 p.m.

Prior to embarking on the new show, and before returning to the Tonight Show with Jay Leno, Jay served as the host of the Emmy® Award-winning and top-rated “The Tonight Show with Jay Leno” since 1992. He followed in the footsteps of legendary NBC late-night hosts Steve Allen, Jack Paar and Johnny Carson, while at the same time creating his own unique late-night style with a combination of humor, talk and entertainment each night at 11:35 p.m. Eastern Time—the wee hours when viewers want to wind down with a few laughs before drifting off to dreamland. His outstanding and engaging combination enabled “The Tonight Show” to capture its timeslot for a remarkable 15 consecutive years, while making the show one of the most valuable properties not just for NBC, but in all of television.

Indeed, Jay’s “everyman” style and personality have helped him earn millions of fans worldwide, people relate to his personable style and work ethic. He has been touted as one of the nicest people in show business and the hardest-working—a winning tandem for the man who says “Anyone can have a life—careers are hard to come by!”