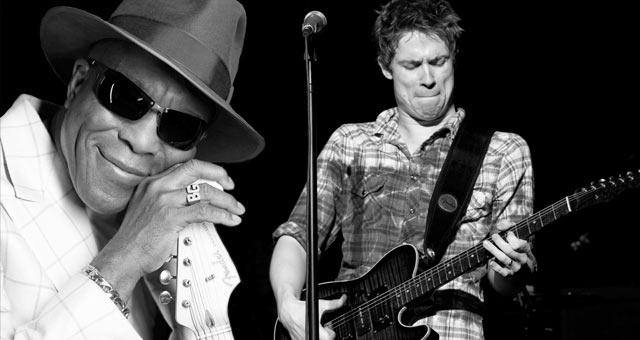 In more than ten years on the road, Lang has toured with the Rolling Stones, Buddy Guy, Aerosmith, B.B. King, Blues Traveler, Jeff Beck and Sting.

He's Chicago's blues king today, ruling his domain just as his idol and mentor Muddy Waters did before him. Yet there was a time, and not all that long ago, when Buddy Guy couldn't even negotiate a decent record deal. Times sure have changed for the better: Guy's first three albums for Silvertone in the '90s all earned Grammys. Eric Clapton unabashedly calls Guy his favorite blues axeman, and so do a great many adoring fans worldwide.

High-energy guitar histrionics and boundless on-stage energy have always been Guy trademarks, along with a tortured vocal style that's nearly as distinctive as his incendiary rapid-fire fretwork.