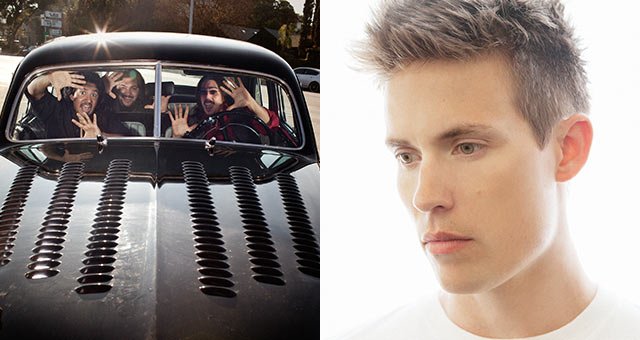 Los Lonely Boys, the trio of brothers known for their full-scale Tex-Mex Americana roots rock, debuted in 2003 with a multi-chart gold single, sold millions of albums, won a Grammy®, racked up reams of critical acclaim and even opened for The Rolling Stones. They’ve played and recorded with such legends as Willie Nelson and Carlos Santana, and after proving themselves as one of the most stunning musical success stories of the last decade, Los Lonely Boys are now reinforcing their legend with a fourth studio album.

Even though the band has already shown they can “up the ante with greater musicianship and confidence” (People) every time out, their newest record heightens the trajectory, opens up their sound, and shows flourishing maturity from these veteran, yet still young and burgeoning, musical talents.

And then, if the blues is all about the crossroads, Jonny Lang is standing in the right place. Over a decade into the new century, Lang has been the ideal representative of a new and innovative generation of blues artists—one who respects and reveres the traditions of the past hundred-plus years, yet isn’t afraid to embrace more complex and evolved genres and graft them to the blues foundation to create a hybrid sound that is both traditional and fresh at the same time.

Indeed, on any given night, impressively large crowds at a Jonny Lang performance are likely to hear shades of R&B, soul, gospel, hard rock, funk and more. All of it is packaged in a high-octane guitar-and-vocal attack from an artist who has covered countless miles since his teenage years, and continues to explore new horizons with confidence and enthusiasm.

Together, Los Lonely Boys and Jonny Lang are an unstoppable musical force that is sure to strike awe into audiences. By mixing and melding genres and influences, these two acts are rare gems to find on the same bill.