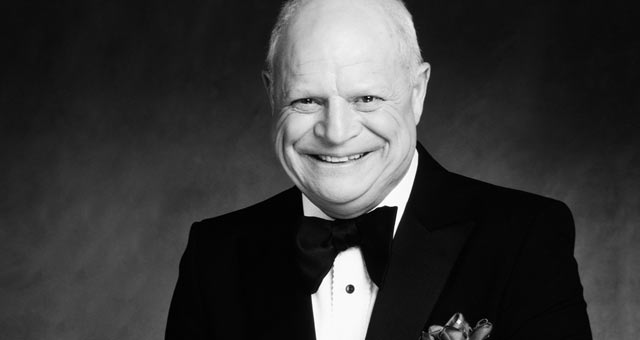 Don Rickles is one of comedy's most famous funnymen. For over 50 years he has appeared in top showrooms in Atlantic City and Las Vegas, as well as concert halls throughout the U.S. and internationally. He is regarded among the world's top entertainers.

Throughout his career, Rickles has been highly visible on television. In addition to frequent appearances with such TV talk show hosts as David Letterman , Jay Leno, Regis Philbin, Jimmy Kimmel and Craig Ferguson, he was awarded an Emmy® in 2008 for his performance in the highly acclaimed, John Landis-directed documentary "Mr. Warmth: The Don Rickles Project," which debuted on HBO in December 2007. The show itself was also honored with an Emmy as "Outstanding Variety, Music or Comedy Special" and is now available on DVD.