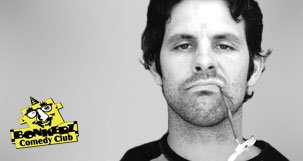 Nathan was the only child running around the playground shouting the "Seven Dirty Words You Can't Say On Television." Thus began his comedy career. Since those auspicious beginnings, Nathan has: performed at comedy clubs across the country, recorded several comedy CD's which receive regular airplay on both Sirius and XM satellite radio, and visited the nationally-syndicated Bob and Tom Show several times.