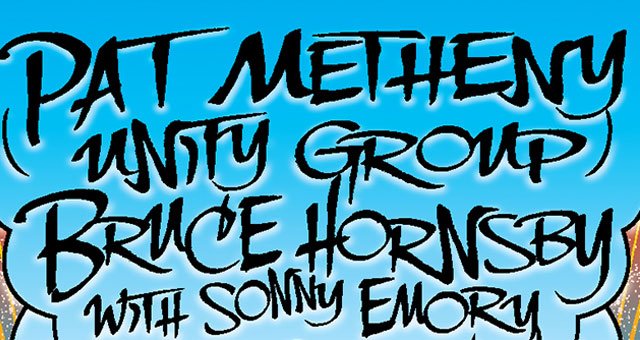 The year 2013 was a banner one for Pat Metheny. After being awarded his 20th Grammy, for Unity Band, and the release of his critically acclaimed recording of Tap: John Zorn’s Book of Angels, Vol. 20, Metheny received word that the readers of DownBeat magazine had voted to induct him into its Hall of Fame. Not only is Metheny the youngest member, but he is also only the fourth jazz guitarist to be chosen for that honor, joining Charlie Christian, Django Reinhardt, and Wes Montgomery.

The coming year promises to be equally exciting. As Metheny says: “The Unity Band record and tour was life-changing for me, and I really wanted to find a way to keep it going and take it to the next level. One night, I woke up with the tantalizing idea of taking the concept of ‘unity’ even further. With this next project, I envisioned building a platform capable of addressing the entire spectrum of things I have done over the years, from Bright Size Life to Secret Story, from my group projects to the Orchestrion, and more, all in one place.” He continues: “With this incredible lineup of musicians—Chris Potter, Ben Williams, Antonio Sanchez, and the addition of multi-instrumentalist Giulio Carmassi—just about anything is possible.”

Bruce Hornsby's work displays a creative iconoclasm that's been a constant in the artist's two-and-a-half decade recording career. His commercial-stock soared early on, when "The Way It Is"—the title track of Bruce Hornsby and the Range's 1986 debut album—became the most-played song on American radio in 1987, winning ASCAP's Song of the Year award. "The Way It Is" and subsequent hits as "Mandolin Rain" and "Every Little Kiss," established Hornsby as popular pop act, while high-profile work with the likes of Don Henley and Huey Lewis made him an in-demand collaborator.