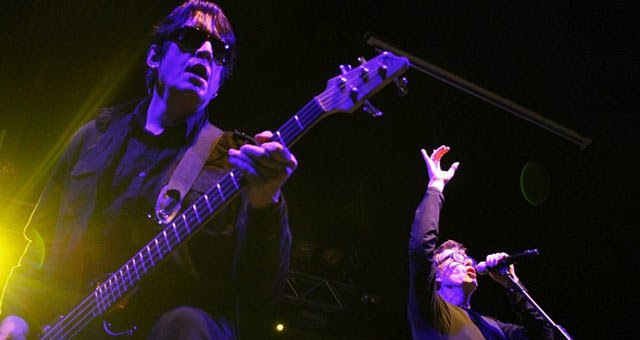 If you were to dissect the alternative rock dominating today’s music, you’ll find that much of it pays homage to The Psychedelic Furs. Led by vocalist and songwriter Richard Butler, and his bass-wielding brother Tim, the Furs won over fans and critics alike by combining poetic lyrics, innovative rhythms and melodies driven by an aggressive, punk desperation. Through it all, the band scored major hits with "Love My Way," "Pretty In Pink," "Heaven," "The Ghost In You" and “Heartbreak Beat” by releasing seven studio albums and spawning several compilations, a boxed set and a live concert DVD.

The Furs became fixtures at radio in Europe, also finding success in Germany, Italy, France, Spain, New Zealand and Australia. It wasn’t until their next release, 1981's Talk Talk Talk, which saw the band making its debut on the U.S. album charts. In the U.K., the album spun off two charting singles, "Dumb Waiters" and the original version of "Pretty in Pink." The latter song served as inspiration for the 1986 John Hughes film of the same name, and was re-recorded for the film’s platinum-selling soundtrack.

By the mid-’80s, the band had become a staple on both U.S. college and modern rock radio stations. Simultaneously, they were experiencing consistent mainstream success, placing several singles in the pop charts on both sides of the Atlantic. Today, the Furs enjoy a return to their earlier form as they perform hits from their diverse catalog.