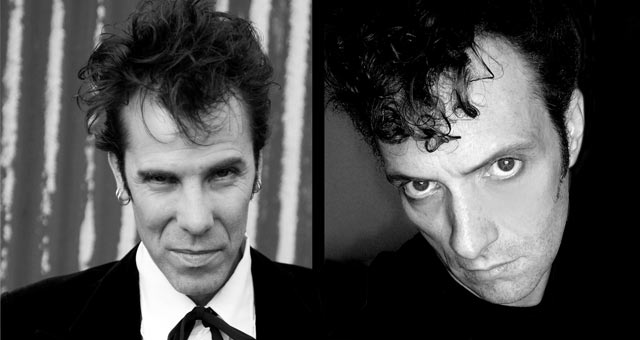 The names Slim Jim Phantom and Tim Polecat are synonymous with rockabilly and 80s music. They have secured their place as a true rock n roll icons. Phantom, as the legendary drummer for the Stray Cats, and Tim Polecat, lead singer of The Polecats, they are part of the select few who were instrumental in reintroducing rockabilly into pop culture, providing the prototype for the modern rockabilly style and sound.

Slim Jim Phantom and Tim Polecat have previously worked together with their band 13 Cats which was well received and garnered critical acclaim, they have also written songs for feature film soundtracks.

Beyond the Stray Cats Jim has worked with some of the world’s top artists and has played a part in many successful groups; notably Phantom, Rocker and Slick featuring guitarist Earl Slick which produced two popular albums, The Head Cat featuring Lemmy and Dead Men Walking an all-star affair which boasted original members of The Sex Pistols, The Cult, The Damned and The Alarm among the line-up. Jim also enjoyed a stint playing with The Killer, rock n roll originator, Jerry Lee Lewis. Over 25 years and millions of record sales later, Slim Jim Phantom continues to inspire and excite audiences worldwide. With a sound, style and image that remains as fresh today as it ever was Phantom has cemented his place among rock royalty. Considered by many as the coolest drummer in rock n roll, Phantom’s influence is still clearly felt on today’s music scene with countless rockabilly drummers imitating his pioneering stand-up style.

Tim has worked as a visual designer for top names in music. He also released a ground-breaking, solo album titled 'Virtual Rockabilly' and has produced several albums for other neo-rockabilly bands including the The Quakes and Wrecking Ball.

Tim continues to tour, record, and work as a film and soundtrack composer, his most recent film composing project is for the feature film "Isle of Dogs" to be released in US theaters in February 2012. Tim Polecat continues to be regarded as one of the best, live, front-men on tour in the rockabilly community.