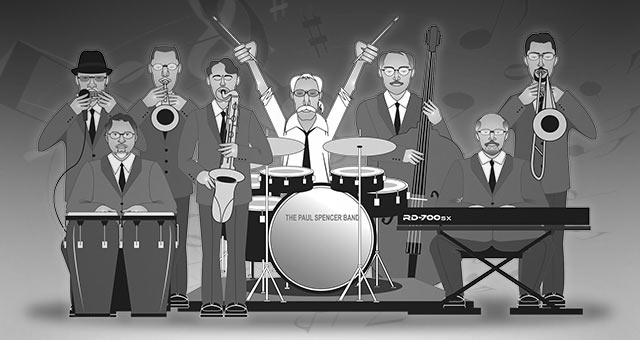 The Paul Spencer Band began performing together 14 years ago. The band developed largely through regular performances at Caroline’s Jazz Club on Milwaukee’s south side. Winners of the WAMI Award for Best Jazz Group for six years running, the band has released 11 CDs, all recorded live in concert and during club engagements.

Their hard-bop, straight-ahead style focuses on capturing the full attention of their audience. The Paul Spencer Band plays jazz music, but this is not smooth jazz. When the music stops, the audience has been transfixed. Jazz music’s frenetic nature and peak and valley beats only serves to better explain the band as much as the music they play. Each member a unique voice, The Paul Spencer Band is as original as the music and musicians to play it.