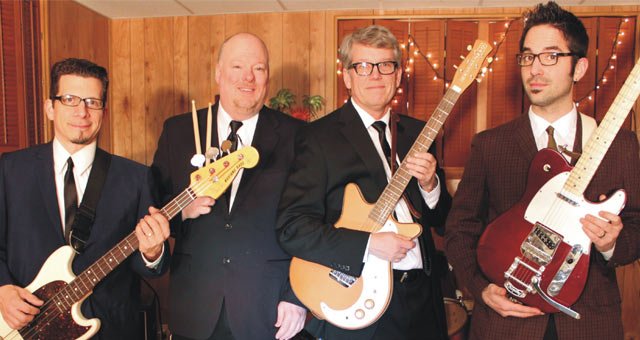 Southern Califonia set the landscape for so many films in the early 1960s that it’s no surprise music simply bubbled out of it. The ocean provided residents the opportunity to surf pretty much year round (and still does). But a movement had been created around surf culture and the music of the era was known as surf music or surf rock. Bands like The Ventures, The Sentinels and of course, the patron saint of surf rock, Dick Dale popularized the otherworldly surf sounds of Southern California.

Over 2,000 miles away from the bluffs and canyons of Orange County and almost 40 years after the movement, The Revomatics pick up where Dale left off. Hailing from Milwaukee, The Revomatics consists of local music veterans who bring a high octane set of popular surf songs with an injection of 1960s garage rock to the stage each time they perform. Often joined by go-go dancers, the band really puts the pedal to the metal.