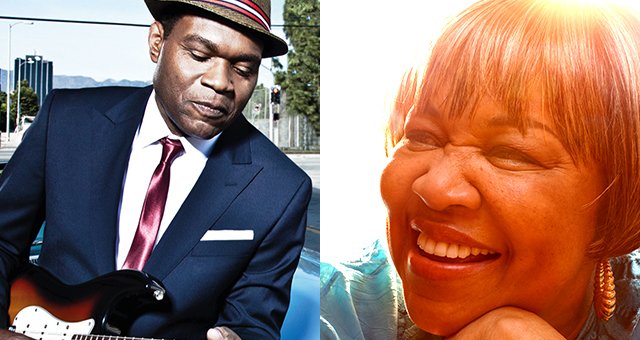 With five Grammy® awards, 15 nominations, millions of records sold worldwide, and thousands of sold out performances, rock and blues icon Robert Cray is considered “one of the greatest guitarists of his generation.” Rolling Stone Magazine credits Cray with reinventing the blues with his “distinct razor sharp guitar playing” that “introduced a new generation of mainstream rock fans to the language and form of the blues” with the release of his Strong Persuader album in 1986.

Since then, Cray has gone on to record 15 charting studio albums, and has written or performed with everyone from Eric Clapton and Stevie Ray Vaughan, to Bonnie Raitt and John Lee Hooker. Recently inducted into the Blues Hall of Fame at the age of 57, he is one of the youngest living legends to receive the prestigious honor. And while he can look back over an astonishing three-decade career punctuated by his trademark sound and distinct playing style, Robert Cray is too busy moving forward on an amazing musical journey.

Co-headlining is rhythm and blues trailblazer, Mavis Staples. Staples, founder of the groundbreaking family gospel group, The Staple Singers, is credited with giving life to rhythm and blues without relinquishing her gospel roots. Rolling Stone Magazine named The Staple Singers’ "I'll Take You There" and "Respect Yourself" among the “Top 500 Songs of All Time.” Staples has appeared in The Band's The Last Waltz with The Staple Singers and has celebrated collaborations with everyone from Reverend Dr. Martin Luther King, Jr. and Bill Cosby to Presidents Kennedy, Carter and Clinton to musicians like Tom Petty & The Heartbreakers, Prince, Bob Dylan, Los Lobos, Aretha Franklin, Ry Cooder and many, many more.