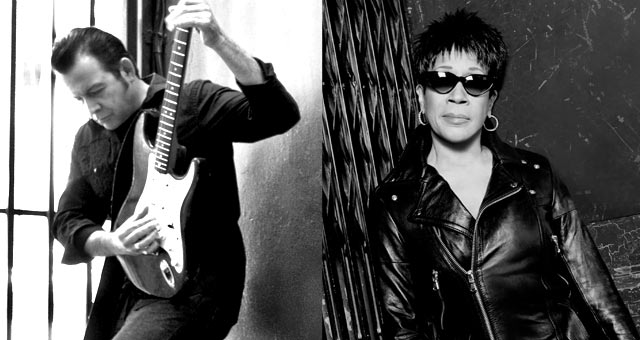 Tommy Castro is the heir apparent of traditional blues. Stunning praise from critics, musicians and fans has launched Tommy Castro and his band from a popular San Francisco bar band to one of the most compelling acts on the international music scene. His style is said to be a mix of soul-inflected rockers with occasional blues and shuffle, and his laid-back vocals are always a hair behind the beat.

Bettye LaVette was born January 29,1946, in Muskegon, Michigan. The family moved to Detroit when she was 6. Her parents sold corn liquor and her living room was oft-times visited by The Soul Stirrers, The Blind Boys of Mississippi, and many other traveling gospel groups of the day. Unlike many of her contemporaries, Bettye did not get her start in the church, but in that very same living room, where there was a juke box, filled with the blues, country & western, and R&B records of the time. The "5" Royales, Dinah Washington, Bobby "Blue" Bland, Red Foley, ...these were her roots.