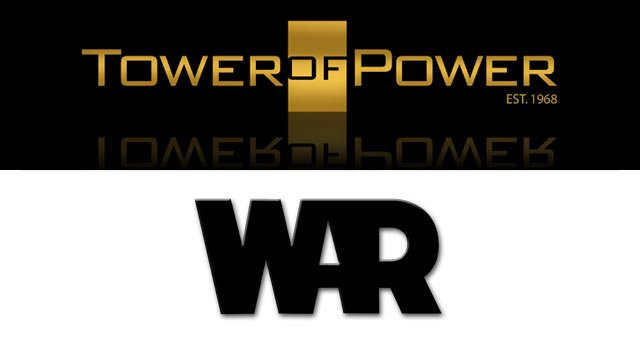 Tower of Power is an American R&B-based horn section and band, hailing from Oakland, California, that has been performing for over 44 years. The band is best known for their funky soul sound that's highlighted by a powerful horn section and precisely syncopated bass-guitar lines.

Joining Tower of Power is funk band, WAR. Formed in the mid 1960's in Long Beach, California, WAR's funk vehicle got its earliest push by performing live with Eric Burdon of The Animals. Possessing a laid back funky vibe, WAR penned the popular party tracks, "Low Rider," "The Cisco Kid" and "Why Can't We Be Friends."