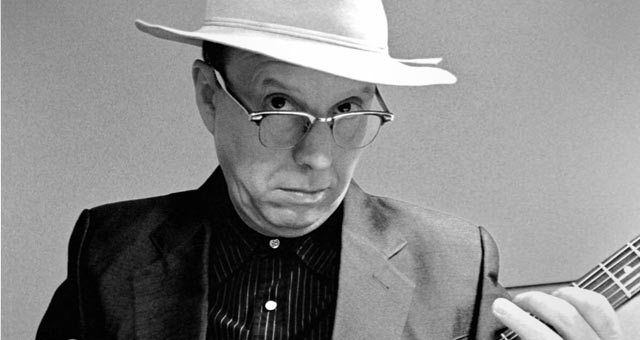 There are roots rockers and then there's Webb Wilder. Hardly a purist, he has described the music he makes as, “Rock for Roots fans and Roots for Rock fans.” The “Last Of The Full Grown Men" hasn’t limited his creativity to the music business. There’s the picture business. His critically acclaimed indie films made him a cult hero. He was even one of America’s 1st Satellite DJs on XM Radio. Using all manner of media, Webb Wilder has been impacting Popular culture for over 20 years, all the while maintaining a devoted worldwide fan base through a relentless tour schedule. Webb Wilder is an evangelist for real Rock n' Roll. As a singer, guitarist, bandleader, actor, songwriter and humorist, he may be roots-rock's only true Renaissance man.